Making it to the cushion 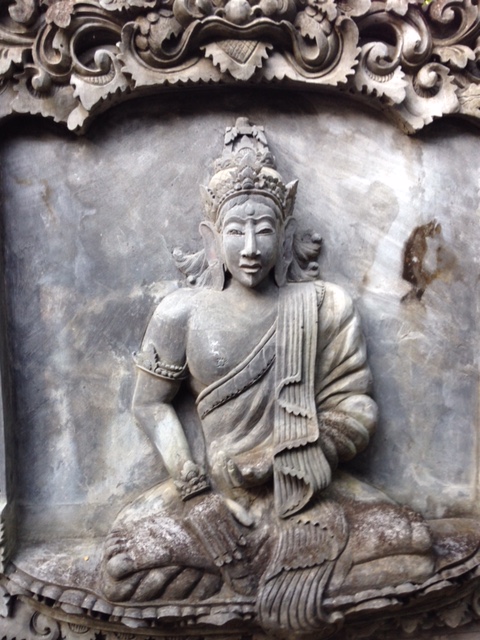 I remember walking up the steps with a little trepidation that first night, admiring the stones and pretty woodwork, wanting to pause and hunt for a book to lose myself in. The class was in the back in a small room. There were about eight of us. The teacher talked about the benefits of meditation for forty-five minutes and then said we were going to try it by closing our eyes and counting to ten over and over for five minutes. We were to simply restart counting at one whenever we noticed we had stopped. Five Minutes? That seemed an outrageously long time. My mind was racing and active, interested in doing anything but just counting—I wondered what to make for dinner the next night, planned out my outfit for the next day, made up stories about each of the participants, paid attention to sounds in the room—but I did try to follow the directions and would begin counting over when I noticed. After five minutes my legs were tired and twitchy from sitting on the hard floor; it was difficult to imagine meditating for long periods.  ~1995

Just five minutes. That’s what I now counsel myself for encouragement. Truth is it’s pretty hard to argue with sitting still for five minutes. And that, I’ve discovered, is a sweet doorway to the cushion—meditation cushion that is.

It’s been nearly 18 years since I first learned to meditate. During that time I’ve gone through all kinds of meditating stages. There were the times, for instance, when I participated in numerous extended meditation retreats where I might meditate for six to ten hours a day for 17 days at a time. And, then there were the days when I was deeply entrenched in the business world. On those days I’d conclude I had done my fair share of meditating in the past and didn’t really need to anymore and didn’t have time—an attitude something like: “I exercised last month. Do I really need to exercise again?”

Going through the stages, however, helped me really see the benefit. To put it simply: It’s worth it. It makes life better. I’ve come to think of meditation as mental hygiene. Do it daily. It keeps crap from collecting between the ears.

Okay so it’s not a perfect metaphor, but you get the idea.

I took a class a little while ago called “Zen, Buddha, and the Brain” that did a nice job of explaining exactly how meditation benefits us. The psychologist teacher told us right off the bat: “Of course we suffer. We are wired to suffer.” That got our attention.

So, what? Are we doomed?

He went on to explain how it happened. The amygdala, he lectured, is like a primitive gatekeeper, whose job it is to constantly assess for danger and then to compel the person to respond immediately without having to process the information. Now, this response, he conceded, was at one time very useful if, say, a tiger was about to jump on you. But, nowadays much less needed, so even under normal circumstances it fires inappropriately—you know like when you think there is a rattler on the path and it turns out it is just a stick. Even worse, though, when a traumatic event does happen it can cause a kind of malfunction in the brain such that the amygdala will fire too frequently and inappropriately from even a troubling thought, as in Post-traumatic Stress Disorder—a state of near perpetual hyper-arousal and hyper-vigilance. In such cases the amygdala has gone haywire.

“Luckily,” he said at last, “meditation rewires the brain.”

He went on. It has long been suspected that meditation is good for us and there’s no arguing with the peaceful calm emanating from monks. But now, with the onset of functional MRIs, science is able to demonstrate what happens. It turns out that meditating not only damps down the connections between the amygdala and troubling thoughts but also increases the neural connections that tie the cerebral cortex directly to your body and senses—essentially allowing you to be more present to what is actually happening in the moment so that thoughts alone can’t dump adrenalin into your body.

Good to know! We are not irreconcilably broken, even if we do suffer from PTSD.

That being said, it can be a challenge to work meditation into our day. It seems the “I don’t want to” or “I don’t feel like it” voices are often running the show. Still, I know beyond a shadow of a doubt that it’s good for me—like flossing my teeth. So I’ve come up with a plan for “making it to the cushion.” It’s gentle. It’s easy and it’s pretty hard to argue with even on the busiest of days. Maybe it will work for you too.

This entry was posted on October 2, 2014 by Mariah in meditation, spiritual memoir, spirituality and tagged awareness, commitment, freedom, meditation.